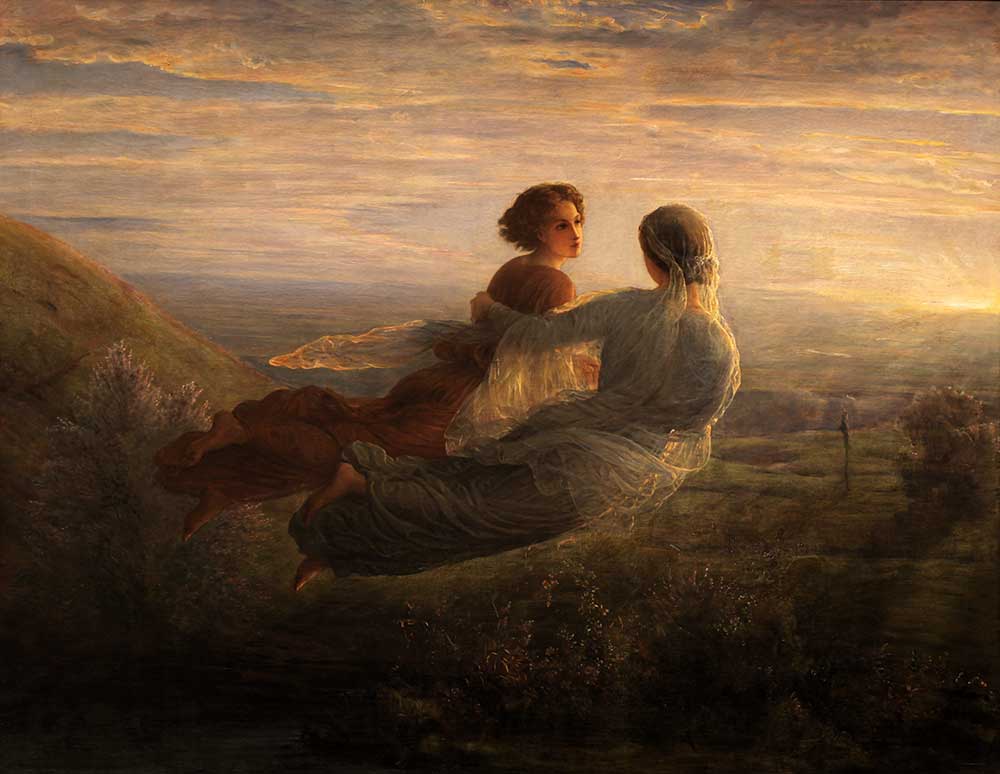 This blog is about extraordinary spiritual experiences (ESEs), meaning “events that appear to be direct perception of spiritual facts,” for example, “near-death experiences.” (Hufford. 2014. The Healing Power of Extraordinary Spiritual Experiences. Journal of Near-Death Studies, 32(3). 137-156.) The following is an example of one such experience.

In 1984 I reviewed a manuscript for the University of Pittsburgh Press. Written by an elderly psychologist, Genevieve W. Foster, it was a memoir centered on a transformative spiritual experience she had in 1945. I recommended publication and collaborated with Gen on the final product, The World Was Flooded with Light: A Mystical Experience Remembered (1985), interviewing her at length and corresponding with her about details of her experience and its meaning to her. Gen’s memoir was 83 pages long, but the experience itself occupied only two pages. Yet the ramifications of that experience touched every part of her life: It was “so far from anything that I had thought in the realm of the possible, that it has taken me the rest of my life to come to terms with it” (p. 36). At the time of her experience Gen was in her thirties, married and in training to become a Jungian psychotherapist. Things were going well for her and she was not under any particular stress or other factor that would have expected to precipitate a life changing mystical event.

The experience occurred one March afternoon. Alone in the house, she took an afternoon nap. When she awoke, she experienced

a visitation that all my upbringing and education had told me was simply an impossibility—unless of course one was psychotic…. I saw nothing unusual with my outward eye, but nevertheless I knew that there was someone else in the room with me.  A few feet in front of me and a little to the left stood a numinous figure, and between us was an interchange, a flood, flowing both ways, of love.  There were no words, no sound.  There was light everywhere … the world was flooded with light,….  The vision lasted five days…There was no one around to whom I could tell it.  Roger (my husband) who is embarrassed at the mere mention of religious experience would have thought me utterly mad, as I surely would have thought anyone mad who told me such a story…. Yet the experience was so overwhelmingly good that I could not mistrust it. (Foster, 1985, pp. 42-43)

For five days the presence was with her constantly, as she went about her normal routines and activities. The light continued so that “indeed everything around us, our house, the flowering world outside, the college where I worked, the commuter train I rode—and all these people and things I saw now sub specie eternitas, bathed in that supernal light” (p. 46).

Over the next 35 years, Gen told only three people of the experience. The first was a psychologist mentor who considered it a grave symptom, thus ending their relationship. Then a few years later, thinking that she should seek knowledgeable guidance, she made an appointment with a clergyman. As Gen began to describe the experience to him he became alarmed, telling her that she needed to see a physician, that he suspected she was entering menopause prematurely. So she stopped speaking of her experience. But a few years later she was counseling a college student whom she thought was suicidal. She told that young woman about the experience because she thought that “she needed to know what I had learned, that the world is not what it seems.”

But what was Gen’s transformation? “The reader who asks ‘Just how did it change your life?’ must see, I think, that even though such a vision has faded, life can never return to its former pattern” (p. 46). She said that even after the vision ended

I knew that I was ‘companioned’ and that the Companion was numinous…. I have had ever since an intuitive awareness of being ‘companioned.’ That numinous presence is still there, I know, and it is the deficiency of my vision that prevents me from seeing it. As it is there for everyone, I am convinced, as it was for Arjuna, whose charioteer had been the divine Krishna all along…. So yes, surely my relation to my family was affected—it could not have been otherwise, and so was my relation to my work in the world….” (p. 48)

This was not a transformation just in attitude or feeling. A world with a constant, loving, invisible companion was a different world, not the disenchanted world of psychology and modernity that Gen had been taught to expect. As the world was transformed, so was she. But she knew that her new vision of the world was heresy.

So for almost 40 years Gen kept her own counsel, silenced by modern prejudice ironically enforced by her own field of psychology. Then facing surgery that she thought she might not survive, she decided to inform her family: Thus, her memoir. Gen and I dedicated the book to those who have had “a visionary experience without the benefit of a visionary tradition…. By deciding to break our culture’s rules about who should admit to such experiences she offers some much needed company to others who have been isolated by those rules” (1985, xi-xii).

Transformative spiritual experiences are a human universal, found in every society and every historical epoch. From the birth of a baby to the death of a loved one, from deep encounters with nature to transcendent mystical experiences, people report that living through certain kinds of events can change a person profoundly. Neither all such events nor all transformations are spiritual but many are, and the healing potential of such transformations is life changing. Gen Foster’s experience is one kind of ESE, and the lasting spiritual transformation it produced in her illustrates the power of these events.

The Terror That Comes in the Night by David J. Hufford

What is this blog about? This blog is about extraordinary spiritual experiences (ESEs), meaning "events that appear to be direct perception of spiritual facts," for example, "near-death experiences." … END_OF_DOCUMENT_TOKEN_TO_BE_REPLACED